One or The Other

One or the other in paranormal investigating. 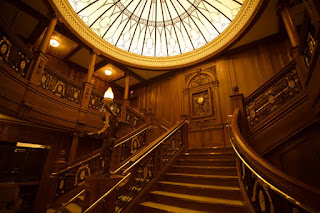 I just had a conversation with a friend who has worked for 40 years in the paranormal field. Formerly he was an investigator in law enforcement. He told me that for many years he tried to fit in with the changes to the field of paranormal investigating. He had a website. He formed a group and did public investigations, as well as residential. He finally packed it in, as I did, for many of the same reasons. "Ghost hunting" was not his thing. Investigating is his thing, as is mine. I wanted to find out the truth. I am a die-hard X-Files fan. The truth is out there. But, I soon learned that most people, especially ghost hunters, are really not interested in the truth, although they will tell you that they are. They are really way more interested in ghost hunting as an amusement park ride. Investigating becomes seeking the next scary experience, the next public scary mental asylum, or penitentiary, or abandoned mansion. It's finding something scary, then running from it screaming, then, calling all that nonsense an investigation. Well, I hate to break it to you, but an investigation it is not. It's like calling a ride on a roller coaster a flight to the moon. They are not the same. Not at all the same. They are different animals from different universes.

I have written a few articles on this subject here. So, I will suggest you read those. This is more of an angry, frustrated rant that I need to write, because I am angry and frustrated. Writing sometimes helps me to deal with it, even though it may not help my readers at all. In fact, what it may do is transfer my anger and frustration onto them. That is not my intention so I apologize. However, I am still going to write this.

The difference between a ghost hunter and a paranormal investigator is, one is on an amusement park ride and the other is in search of the truth. One may have no problem using clients to get them onto their amusement park ride. The other will have empathy and concern for the client and will see their job as one of helping to figure out what is going on; really going on, whether that be paranormal or the result of faulty wiring or mice in the attic. One will be secretly lusting for a shot on a TV show. The other will avoid getting their face on any camera, and finds most every paranormal show the very worst in showing proper investigative technique. Most are an embarrassment.

That's the frustrating part. I identify myself as one and get mistaken for the other, all the time. It's an assumption people make. I'll expound on that a bit later.

The angry part is that one will masquerade as the other. One sees no problem using pendulums, dowsing rods, unvetted, self-proclaimed psychics, to "investigate". One will pay top dollar to visit a place where hundreds of souls died in pain, lost their lives, suffered unimaginable indignities, or took their own lives, and they see no problem with the ethics of that.  Hey, we can go and talk to these souls for only $100 a night! Better yet, lets get the group rate! Then maybe we can post it on you tube or our podcast and get more followers to our website.

The immorality of that particular evil sickens me. If you believe in spirits and hauntings, these are PEOPLE. Imagine them as being alive. We treat them like monsters in a circus side show of peculiarities. They are imprisoned and we pay to buy a ticket to view them, experience them, ask them questions, then leave.
Horrid.

The other part of this issue I have alluded to is a personal one, because it's something I  have been experiencing  a lot lately. Some of my male peers in this field (not you, krk) have assumed, erroneously, that I am somehow inexperienced, lacking in knowledge, devoid of wisdom, naïve regarding the paranormal, or just a plain old dumb girl. Well, I'm not. I refuse to spout my credentials or experience, because they never have to. But I do. And, even if I do, it makes no difference to the condescension I must endure. Well, you arrogant SOBs, I'm not an inexperienced, naïve, dumb girl. So,. please, stop the condescending attitude, the talking down to, the obnoxious know it all personae. I'm so done with you. If you feel that way, keep it to yourself. Or, as most people walking around free today, wear your condescending, proud, arrogant sexism like a badge. Perhaps that is an unfair assumption, and if it is, I apologize. But, honestly, when someone, male or female, young or old, experienced or a newbie, allows their ignorance to show, and shows it off proudly, I normally leave it alone. I remain silent. Most are good people who really aren't aware of what they are doing. But, for those who are arrogant knowingly, and rude with premeditation, I know who you are. Karma's a bitch.

I encourage and enjoy comment, here or in an email.

KRK said…
Well, put!
Don't want others to think we dislike ALL those who do what they like. However, the time has come for tough love even for them.
The truth has to be told and those who do this for expected recognition or fame are on notice for being put out there. At least by me. If people are making claims then they need to be able to back them up. That's not too much to ask.

I will be passing around this link and hopefully get some good responses. I'm ready.
January 2, 2020 at 5:17 AM

InvestigatorK said…
To add one more thing. I see many people claiming they use scientific methods when advertising for someone to contact them for help. If this isn't your process then you aren't using scientific methods. You are using gadgets and trying to get people to believe you are being scientific.

To be termed scientific, a method of inquiry must be based on gathering observable and measurable evidence subject to specific principles of reasoning.  Also a scientific method consists of the collection of data through observation and experimentation and the formulation and testing of hypotheses.

Those are the rules!
Now, I want to make it clear... I am not bashing. There are many people over the last decade who have been fooled into thinking they are real Paranormal Investigators and that is sad. We should not be calling them out but calling out those who fooled them. They are easy to spot.

InvestigatorK said…
Yes I have read it. I think more people should as well.

Also people should take note of what Science is:
The intellectual and practical activity encompassing the systematic study of the structure and behavior of the "Physical & Natural" world, through observation and experiment.

By definition, the Paranormal cannot be scientifically studied at this point since it doesn't fall into the categories of Physical & Natural, yet. Kind of puts a damper on many so called groups but also puts things into perspective for those seeking the truth.
What was it that Einstein said?

"A man should look for what is, and not for what he thinks, should be."