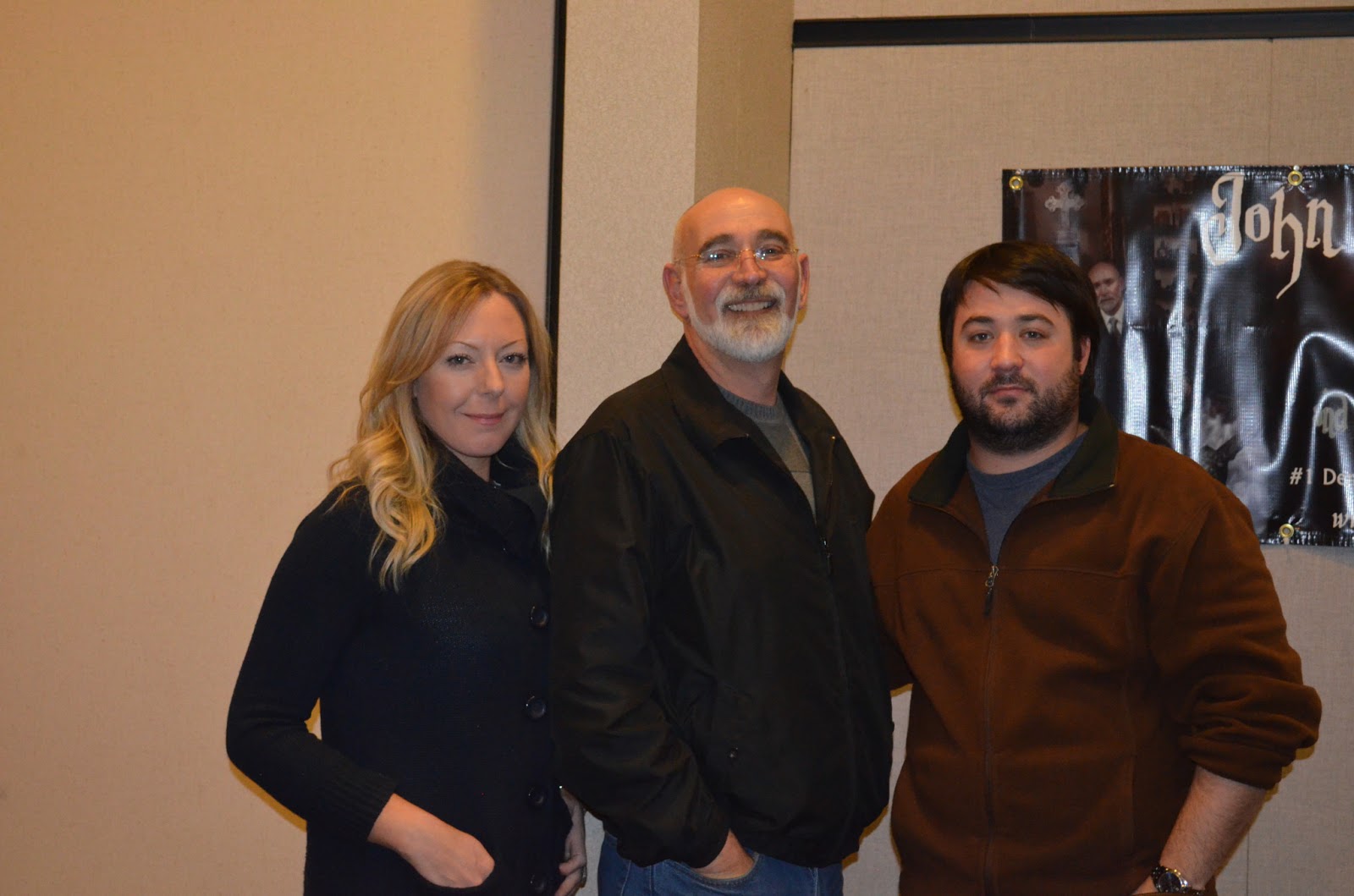 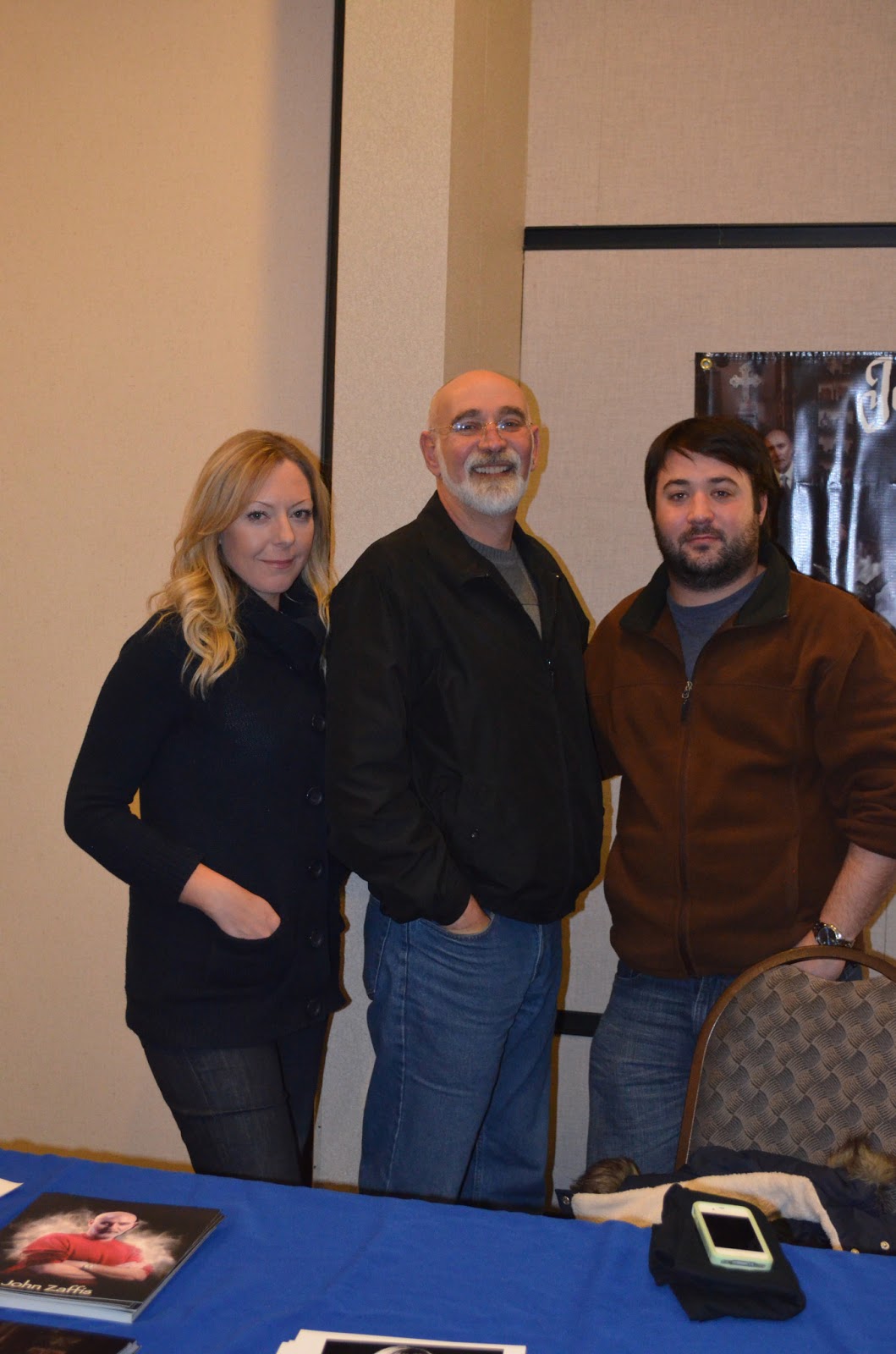 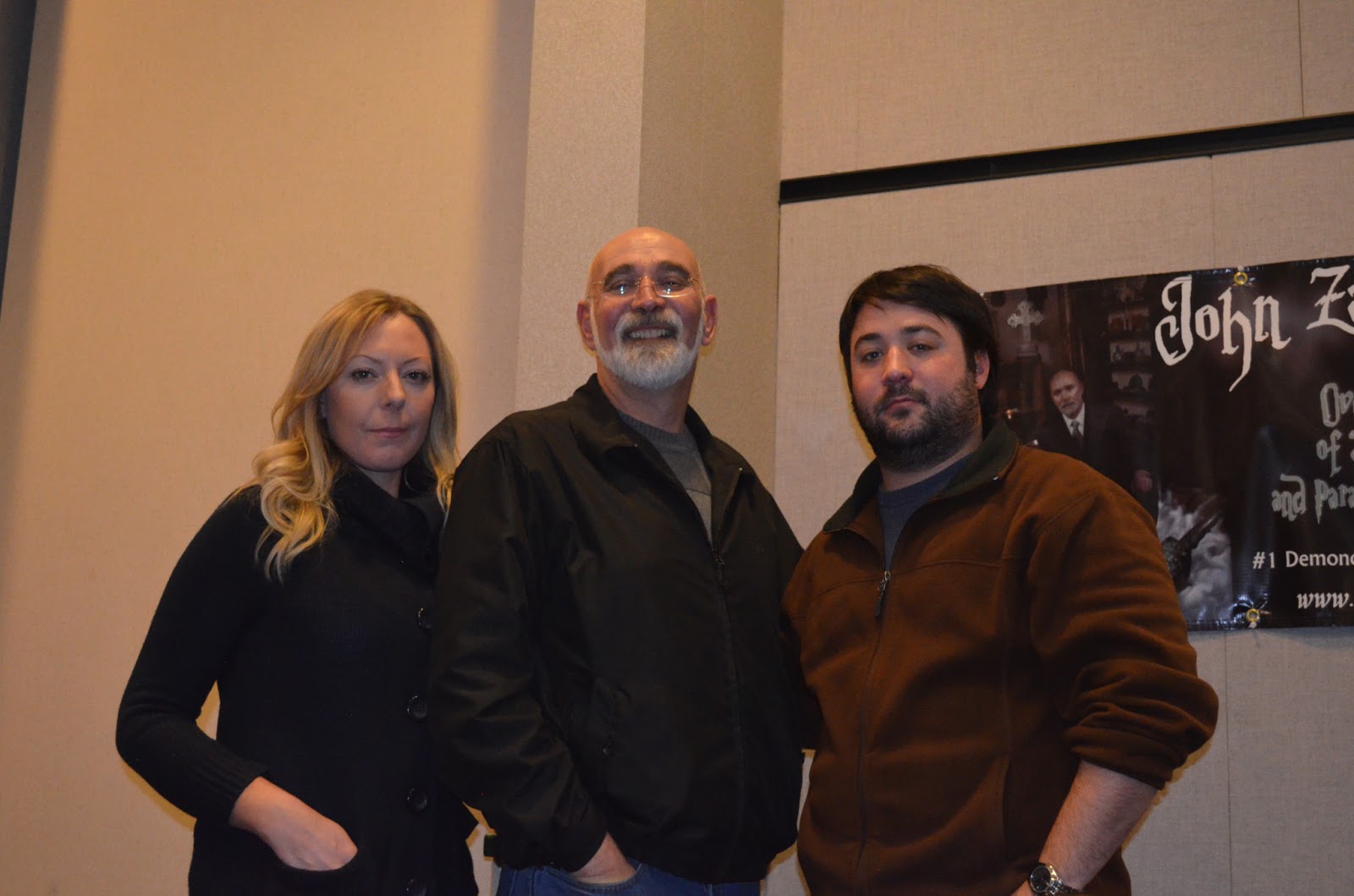 Aimee, John and Chris Zaphis at Phenomenology 105 this past Saturday. Pictures taken by Journalist/Photographer Jeffrey B. Roth. 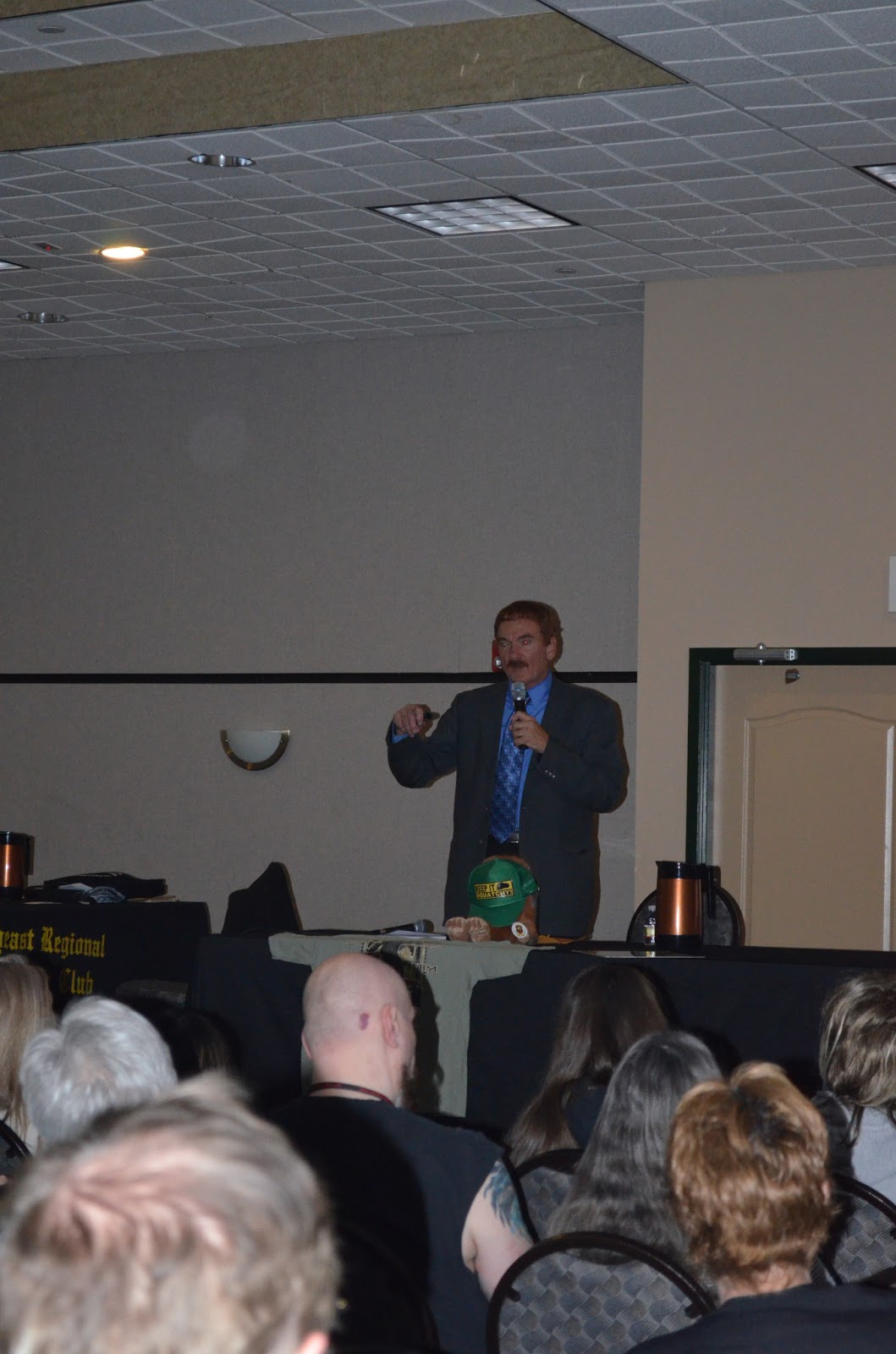 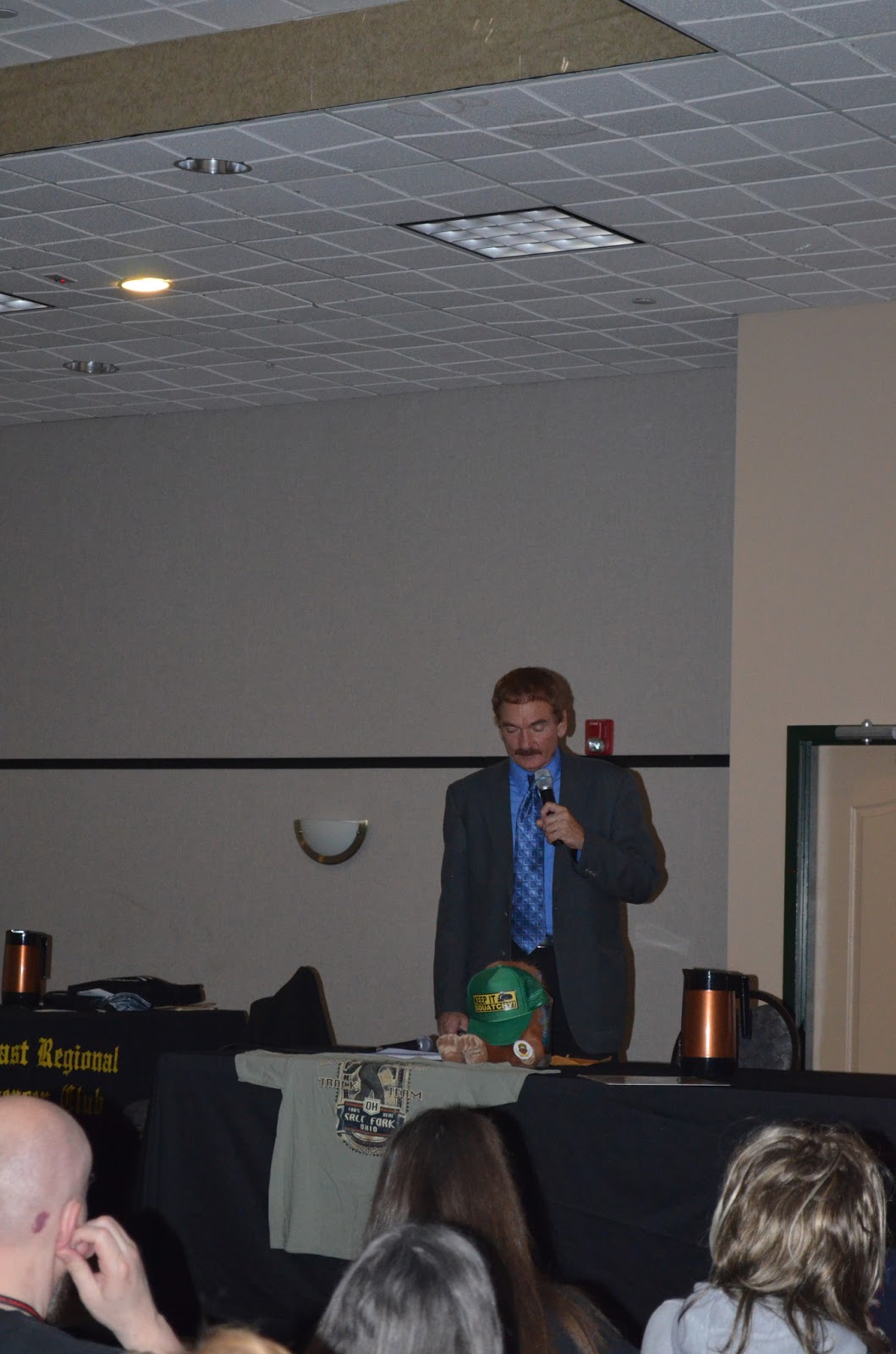 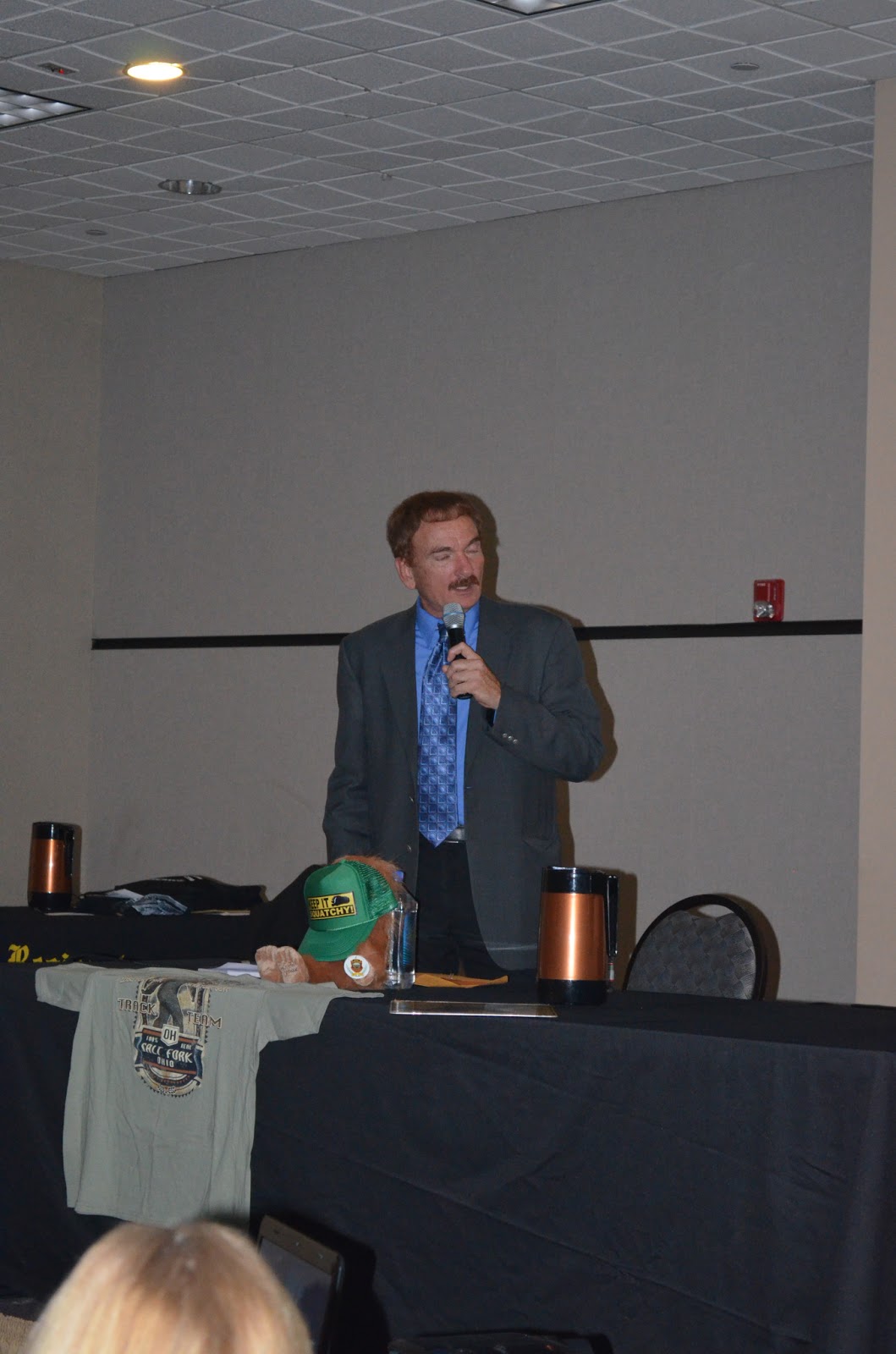 Travis Walton, lecturer on UFO abduction, as documented in the film, "Fire in the Sky".Photos taken by Jeffrey B. Roth.


This year's Phenomenology 105 Paranormal Conference in Gettysburg, PA was a study in contrasts. Many of the celebrities of paranormal reality TV were on hand to speak to fans and lecture on their field of expertise. Josh Gates of "Destination Truth" and a new show he has produced, "Stranded", was there and was interviewed by journalist and author Jeffrey B. Roth. I will provide a link to his article as soon as it is published on the web. He also interviewed the Zaphis family, hosts of "The Haunted Collector", from my home state of Connecticut. Members of TAPS were present. Dustin Pari of Ghost Hunters International made an appearance.  Psychic mediums Chip Coffey and Chris Fleming were also on hand to share stories and do readings.
The contrast at this year's convention was the Zombies. There was a Zombie Prom on Saturday evening. People wearing zombie dress and make-up roamed the convention. What zombies have in common with Big Foot, UFOs and Paranormal Researchers, I have no idea. But they were there.  I guess it was an attempt by the promoters to appeal to a larger audience of people interested in the weird and odd.
Many local paranormal investigation groups also had booths set up selling equipment, t-shirts and group tours.
I attended the lecture by Travis Walton on his experiences as a UFO abductee back in the 80's. A major motion picture, "Fire in the Sky" was based upon the true story of his experience. It was fascinating and very believable, I must admit he was very credible and had a lot of physical evidence as well as personal experience to back up his claims that he was abducted by a space craft and taken aboard by aliens, examined, then let go five days later.
The turnout for this four day event seemed a bit smaller than last year. Is interest and passion in all things paranormal waning? Or, perhaps it is because it was held in Gettysburg, where if you take a step in any direction you run into a group ghost tour.
It was enjoyable, nonetheless.
P.J.

Photos and content used by permission of Jeffrey B. Roth